How To Explain Mood Disorders to Someone 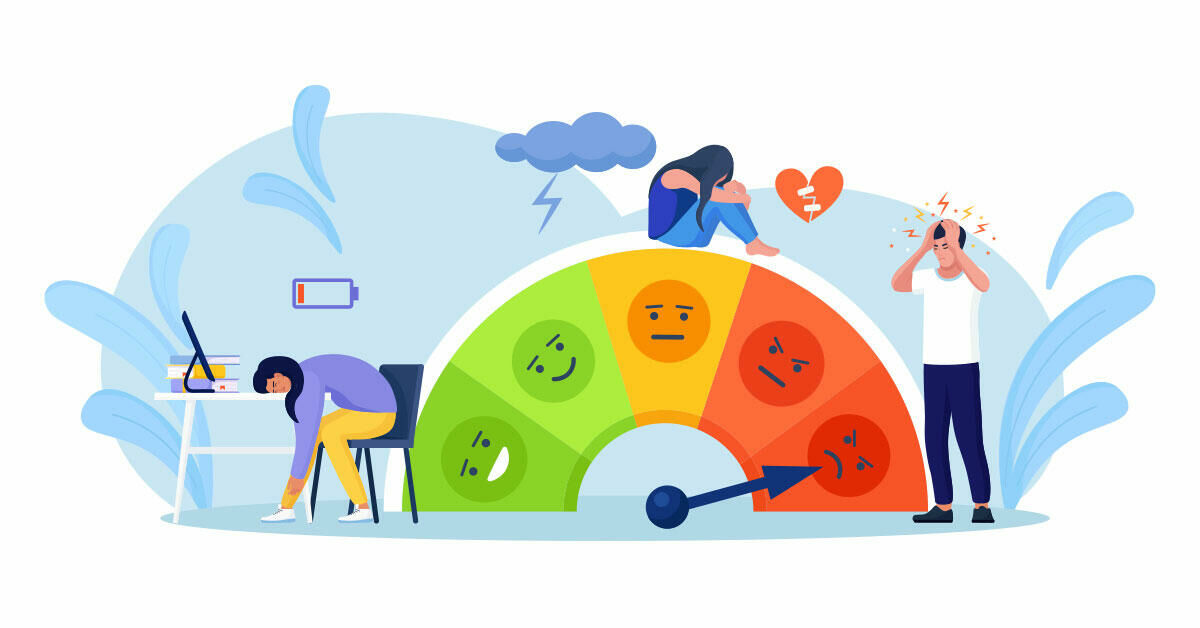 Little things make you terribly sad, and they have for a long time. You’re easily irritated and have withdrawn from family and friends. Going to work or school is a chore, and you’ve struggled with many sleepless nights and eating problems. Nothing seems to help, not even forcing yourself to listen to your favorite music. What’s going on? You may be experiencing signs of a mood disorder. The big challenge? Explaining it to someone else.

The Key to Explaining Mood Disorders

It’s tough explaining a mood disorder to someone else. By our very nature, humans need to belong, be loved, be cared for, and help others, but explaining you have a mental health issue is challenging. One of the biggest issues is the stigma surrounding mental health issues, and people’s general reluctance to talk about it. No one likes to bare their soul – or their mind – but it’s a step in the right direction. You may feel isolated, but you’re not alone. The U.S. Centers for Disease Control and Prevention says that more than half the people in America will be diagnosed with a mental illness at some time in their lives.

Explaining a mood disorder often depends on educating yourself and others about your condition. Here are a few things to consider.

How many people have mood disorders?

Mood disorders are a big problem in the United States. According to the U.S. National Institute of Mental Health, illnesses like depression, bipolar disorder, seasonal affective disorder, and many others affect nearly 10% of U.S. adults. Women are more susceptible than men, and the age group most likely to have a mood disorder is people between the ages of 18 and 29. But children can have mood disorders, too, as 14.3% of those between 13 and 18 have been diagnosed.

What are the symptoms?

The symptoms vary by person but generally include:

You can also explain mood disorders to someone by describing the risk factors. Certain things you can control, others not so much.

No one knows what causes a mood disorder, but educated guesses include genetic, biological, and environmental influencers.

What are the types of mood disorders?

Common types of mood disorders include:

Is a mood disorder contagious?

No, not in the way most people would think. You can’t catch depression like you would a communicable disease or viral infection. Still, most people don’t understand that symptoms of mood disorders, like sadness and irritability, can be transmitted from one person to the next. For someone mentally healthy, these feelings are temporary. But for someone with a mood disorder, the group’s feelings can make their own even more severe.

Mood disorders are legitimate medical conditions. A psychiatrist or other mental healthcare provider can typically diagnose a mood disorder with a thorough medical examination and psychiatric evaluation. In most instances, your first point of contact will be with your primary healthcare provider, but a medical or mental health assessment both have the same goals: Uncover the source of your condition and figure out how to treat it. Final diagnosis often depends on comparing your symptoms to criteria in the Diagnostic and Statistical Manual of Mental Disorders.

If you suffer from a mood disorder, quick intervention and beginning a treatment plan as soon as possible is your best chance of managing symptoms and regaining control of your life. However, the first step may be explaining your disorder to someone else, including your healthcare provider.

PrevPreviousWhat is the Difference Between Acute Stress Disorder & PTSD?
NextWhat Is Suicidal Ideation?Next