How Does Bipolar Disorder Affect The Brain? 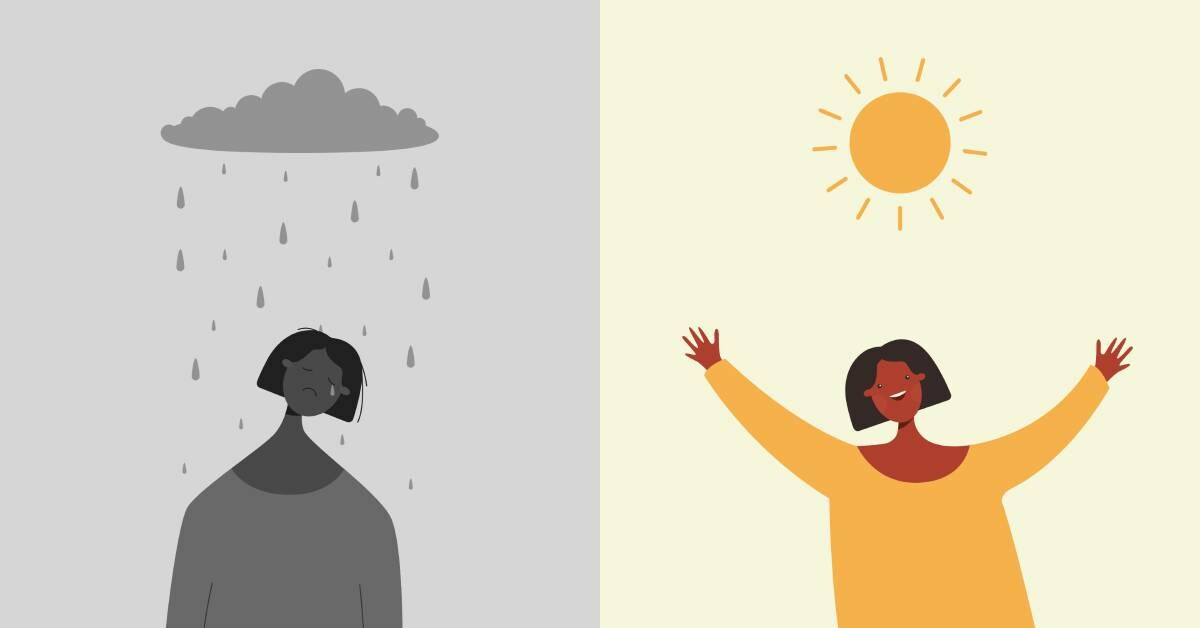 According to DBSA, about 2.6% of the American population is affected by bipolar disorder. They experience severe mood swings that can either be extremely elevated or depressing moods. It affects their daily activities and changes their behavior patterns.

But is it a neurological illness? Does it affect the brain or not?

In this article, you’ll find out all you need to know about bipolar disorder and the brain.

What is bipolar disorder?

Bipolar disorder is marked by severe mood swings and changes in energy levels. It’s different from mood swings where people experience mood fluctuations for a short period. Mood swings are mild mood changes that occur often and they do not affect people’s daily life.

Before someone can be diagnosed with bipolar disorder, the mood fluctuation must become excessive and affect their daily living. The shifts in moods come in episodes of mania (emotional highs) or episodes of depression (emotional lows). They may last for months or weeks, depending on the type of bipolar disorder.

There are three major types of bipolar disorder that you can be diagnosed with.

A person diagnosed with bipolar 1 disorder will exhibit the following changes in behavior when having manic episodes:

This disorder is mild compared to the first two disorders. People with cyclothymic disorder experience hypomanic and depressive episodes.

Parts of the brain affected by bipolar disorder

Regardless of the kind of bipolar disorder you’ve been diagnosed with, some parts of the brain that are related to speech and emotions are physically impaired by bipolar disorder, according to many studies.

Many neuroimaging projects have revealed the parts of the brain that can be linked to bipolar disorder.

Studies have shown that when the volume of the gray matter starts decreasing, people may experience symptoms such as:

According to research, these symptoms are also common in people with bipolar disorder. This might explain why manic episodes come with impulsiveness and carelessness.

According to research by Molecular Psychiatry, the shape and volume of the hippocampus are associated with mood disorders.

Research has shown that people with a shrunken or smaller hippocampus tend to have mood shifts which may result in bipolar disorder.

Some of the symptoms of a shrunken hippocampus are:

There are many chemicals in the brain that make communication between nerve cells possible, called neurotransmitters. Neurotransmitters influence major activities in the human body such as sleep, appetite, mood, memory, learning, cognition, and emotion.

Research has shown that an imbalance of these neurotransmitters can be linked to bipolar disorder.

The two major neurotransmitters that are linked to mood disorders in humans are serotonin and noradrenaline.

Serotonin is responsible for mood regulation. Low levels of serotonin in the body can be linked to depressive episodes.

Noradrenaline is responsible for the reaction, alertness, and memories in the body. The imbalance of this neurotransmitter can cause manic and depressive episodes.

Recent neuroimaging projects have shown that people with bipolar disorder have slight physical differences in the brain compared to people without bipolar disorder. Bipolar disorder is a chronic illness that can affect a person’s physical and mental wellbeing. The good news is, it can be treated. With ketamine therapy, bipolar sufferers can live a normal life. Ketamine therapy helps relieve the signs and symptoms rapidly without any serious side effects.

PrevPreviousHow To Support Someone With PTSD
NextIs OCD A Mood Disorder?Next